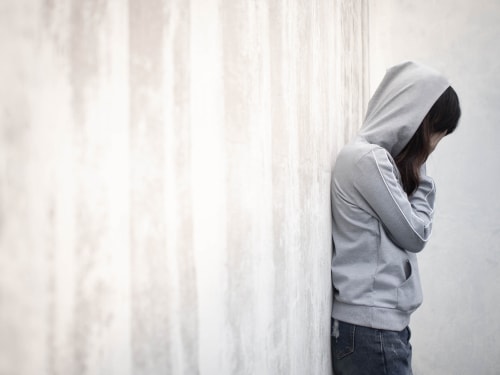 As much as someone can develop an addiction to food, sex, and naturally occurring stimulants such as caffeine, people can also develop a physical dependence on non-naturally occurring substances. Many people, particularly older generations, struggle to identify the nature of physical dependence. It’s often seen as though if it’s not air, food, or water, then there should be no dependence or situation of reliance.

However, many on their path to sobriety have identified physical dependence as a primary challenge. Physical dependence will often manifest itself in withdrawal symptoms, which can be used to prove the extent of your addiction. Any drug legal or illegal is a chemical which determines the normal functioning of systems within your body or brain. Contact our Carolina rehab experts today.

Narcotics is the umbrella term that covers all opiates and opioids. Statements from the United Nations World Drug Report in 2014 reflect that the United Nations feels that narcotics are the biggest drug problem worldwide. Opioid dependence results in complicated health issues that can require long-term treatment.

After the signs of physical dependence on narcotics will include a severe drop in libido, constant flu-like symptoms, weight loss, and inconsistent sleep habits. Doctors may also use factors such as the inability to control cravings, or the apparent lack of hygiene to determine an abuse disorder. But the physical science listed above is the most apparent, and often the first noticed when it comes to identifying a narcotics addiction.

The Easy to Spot Usage of Stimulants

So many drugs listed under stimulants can drastically range from commonly prescribed medication to cocaine. But all stimulants provide the same effect of a euphoric high combined with extraordinary alertness. It is fairly easy to identify stimulant usage, but it may be more difficult to identify physical dependence on stimulants.

When using stimulants, or when high, the person will likely have dilated pupils experienced restlessness, they may have no appetite, and they may experience extreme hyperactivity.

The signs of physical dependence upon stimulants, however, will often include aggressive behavior, mood swings, rapid heartbeat, and elevated blood pressure, and ongoing anxiety or nervousness. It often takes a medical professional to determine that a rapid heartbeat or high blood pressure ties directly to the abuse of stimulants. However, it’s a struggle to get stimulant abusers to a medical professional because one of the side effects of using stimulants is an increased sense of well-being.

Hallucinogens are split into three primary categories, including dissociatives, and pathogens, and psychedelics. Psychedelics are often the classic loosener June, such as LSD, which can cause changes in mood and will likely result in visual and auditory hallucinations. Psychedelics such as mushrooms and acid don’t cause withdrawals and have been used in some studies to aid in the withdrawal from other drugs.

Amphetamines are almost exclusively synthetic and can include all variety of amphetamines from Adderall to crystal meth. Withdrawing from amphetamines or methamphetamine often comes with a spike in appetite, a severe need for sleep, body twitches, aches, pain, irritability, depression, and more.

And that means technically fall under the larger category of stimulants but have gained such popularity that doctors are beginning to assess physical dependence a little bit differently. Amphetamine use disorder is usually diagnosed after a person experiences three particular symptoms within a 12-month span. Over the course of a year, if you have experienced the build dup a tolerance or need for larger doses, changes to your mental health such as paranoia or aggression, and the inability to lower dosage, then you likely have amphetamine use disorder.

When you’re ready to take a step towards independence and move away from an inherent need to maintain your physical body through illegal drugs, get help. The rehabilitation and sober living community have changed drastically over the last few decades. What was once a community-based therapy option is now a scientific approach to building a sustainable lifestyle that doesn’t involve chemical dependence.

At Rehab Carolinas, you can find support through an individualized plan To help take you from physically dependent to sober. You’ll have access to all the resources you may need to help build a sober life while still living within a community you love.