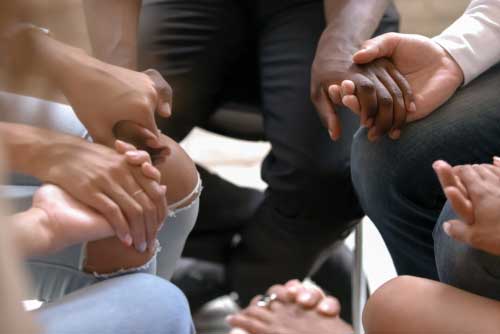 We’ve all seen it, the same faces appearing again and again in local treatment centers. Or, someone checking in and out of an inpatient facility. Even pop culture has made many references to it, noting Edward Norton’s addiction to meetings in Fight Club. But is this a real addiction or an attempt to stay sober for as long as possible.

What you’re looking at in terms of addiction with these patters is a deep need for therapy and support. However, that person, when they have a chance to violate the terms of the center, they do. But why? Often, they aren’t armed with the appropriate tools, so when there’s one misstep, they fall apart. Or, there are too many signs of success they self-sabotage.

Drug Treatments That are Addictive

Methadone is among the top misused or addictive substances used in America, and Buprenorphine is not far behind in the United Kingdom. These treatments both started out as options for treatment for heroin or other opioid abuse, and the result is just a new drug for people to abuse. Now the idea is that these drugs only serve to curb the effects of withdrawal, and in some cases, that’s true, but there are others who misuse methadone to an extreme.

Drug treatment in terms of group therapy and meetings can also be addictive. It’s not uncommon for martyr or narcissistic driven personalities to find their way into these circles. While AA meetings for many are a place to learn, grow, and recover, but for others, it’s a platform. It’s a way to grab attention, to make their situation seem worse, or direr, or their addiction more severe. These situations are best left to the leader of the meeting. It’s for them to assess an unhealthy attendee. When people are trying to relive “glory” days, it may tempt many others to use again.

Therapy and the Association of a Center

Okay, so you check yourself into a center, and you can finally breathe. It’s not uncommon for people to feel anxiety, but it is odd for someone to feel relief. Although some people will associate a treatment center as a place to have a safe area to sleep and regular meals, it’s a far change for many people who have used it for a long duration of time.

Even when people have a luxurious life, it’s not common that they might have the opportunity to rest and step away from their busy day-to-day life. Many people who have done multiple stints in rehabilitation centers find that it’s a great change from their normal life. That’s the illusion that inpatient treatment centers create. It seems as though all of life’s worries are far away when really they’re waiting at the door for you.

Many people, you may be able to think of a few celebrities who have made a habit of almost annual inpatient treatment stay. Are they addicted to the treatment or being able to put their life on hold? For people who can afford it, a treatment stay can mean that your job is on hold, that you’re in a facility where you practice yoga daily and engage in hours of therapy. It’s not all rainbows and unicorns, but from an outside perspective, it can certainly seem that way.

Sober living facilities don’t necessarily foster addiction with the treatment, or the center but rather the safety. It’s easy to stay sober when the place that you reside has rules that can mean losing your current home. What people get addicted to in sober living facilities is the people, the security, and the knowledge that someone is holding them accountable around the clock. It’s something to consider, and if you’re falling into this safety net, then talk to a counselor about getting a boost on your next step.

Charlotte NC  has its fair share of drug abusers as heroin, prescription pills, and more riddle our streets. But there are many ways that people associate sober living with being “in” treatment when they need to learn how to be sober alone. It’s something that you need to prepare yourself for. You may be addicted to treatment.

At Rehab Carolinas, we help people create a lifestyle that builds in sobriety so that when the program ends, the sobriety shouldn’t. Now that doesn’t mean that the person will stop attending meetings or participating in the recovery community. Instead, they’ll take on a different role, as a person living a sober lifestyle out of treatment.